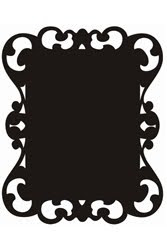 It's Things I Love Thursday and I love to write on the walls. At our last house I took a permanent marker to our ugly kitchen walls...until we remodeled it that is. In our current state of ugly, I've refrained from permanent marker by using this cute chalkboard sticker.
I applied it to our refrigerator and it's turned out to be a great place to make grocery lists, write notes to the babysitter, make to do lists and so on. It was fairly easy to apply and I was able to reposition it to fix a wrinkle I made. Because it's made from vinyl it won't damage your surface area either.
I bought my chalkboard sticker at a local Hallmark store but you can get this one at Mushi.

You can find many more things to love at The Diaper Diaries
Posted by Parenting in blue jeans at 6:40 AM 1 comment:

Too Quiet to Think

It's so quiet in our house right now that I can't even think. I'm conditioned to living in an environment where my thoughts must compete with a sometimes shrill, ear spitting racket. Now my thoughts seem to boom and echo through the hushed noises of the house. With our oldest off to 1st grade and our youngest quietly playing by herself, I can't get anything done let alone think.

Really, there is noise. Noise that has eluded my ears for awhile. The trees are swaying in the wind dropping leaves like they've been caught red handed. Acorns are falling onto our roof making me fell like Henny Penny, and there's a slightly disturbed woodpecker who cannot distinguish the brick of our house from...wood.

I vaguely remember this variety of quiet. It's been a long time and truth be told, I'm not sure that I like it. It makes me feel lazy. It's beckoning me to have one more cup of coffee, read one more chapter, or even *gasp* take a nap.

My eyes keep darting to the clock with the silly fear that I might forget to look for the bus at drop-off time. My mind keeps wandering off to his 1st grade classroom, wondering what he's doing. There's nothing load enough to distract me from missing my 1st grader.
Posted by Parenting in blue jeans at 1:37 PM 4 comments:

Flip Flops and the President

I have strep throat. I've had no trouble feeling sorry for myself either. It's a holiday weekend and I'm missing out on a friends s'more party and possibly another friends out door movie party...wahhhh. To top it off, this is my kind of weather...it's jean and a sweatshirt heaven out there.

Even though I'm knee deep in self pity, there's 2 things that have put a smile on my face . Number one, we have the most hilarious neighbors across the road from us who are entirely fed up with the neighbor next door to us. They're not alone of course! Mr. next door likes his rock and roll and he likes it loud. I feel like we live in a horrible B rated movie when I look over and see him on his porch, no shirt, beer in hand, scruffy beard, and long stringy hair, rocking out to The Rolling Stones. Anyway, in protest Mr. and Mrs. across the street have started to play speeches of President Obama, knowing full well that Mr. next door cannot stand anything milady Democrat let alone the President's voice. It just makes me smile with a low chuckle, and a slight tilt of the head. And just to be clear...we live on the good side of the tracks. 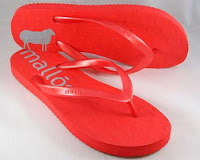 Secondly, my daughter who is now 3 (do you know how much I love 3?!) Anyway, the same child who struts off to her bedroom, arms crossed , a look of pure defiance on her face, yelling no and even daring to slam the door behind her is the same child who can change my mood with one word...well, maybe it's two. Flip flop, only you have to say it with the pronunciation of a 3 year old....plip plop. I swear, it's the cutest thing you've ever heard.

So, to sum it up, I'm laying on the couch listening to the muffled sound of the President's voice, sucking on Halls, and asking my daughter to say flip flop. Awesome, right?
Posted by Parenting in blue jeans at 8:37 PM 3 comments:

I've had some good old fashioned Dutch guilt about not posting anything lately. Nothing seems important enough to post and some things seem too important for a casual post. Anyway, 2 nights ago someone asked me what I would want my kids to say about me 30 years from now. I think more than anything, I would want them to say I laid myself down for them. 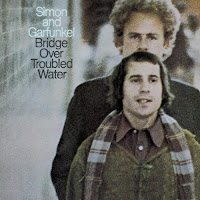 Sail on Silver Girl,
Sail on by
Your time has come to shine
All your dreams are on their way

What about you? If I ask your kids, 30 years form now, about your parenting....how would you want them to answer?
Posted by Parenting in blue jeans at 11:03 AM 1 comment: